Challenge to find 14 states in America! 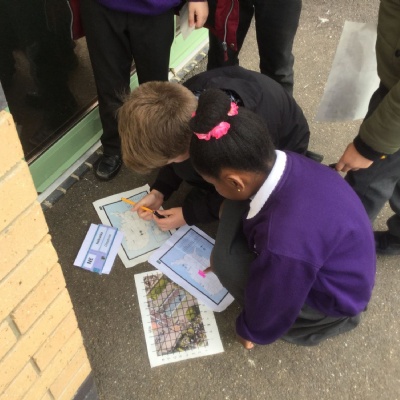 Year 4 were set the challenge of finding 14 of the states in North America today testing their knowledge of coordinates and map reading skills.

To launch our new topic Roadtrip Usa, the children went on a little journey of their own which really tested their map reading skills and knowledge of coordinates. To start with they were given 14 sets of coordinates to find on a map of the playground. At each point, they found a ticket for an American state along with the tribe that originated there and the location of where it is on a map of North America. Their challenge was to correctly locate all 14 states (that we had hidden around the playground) and find their location on their own individual map of North America. The activity really tested their team building skills and resilience as they had to all work together. Towards the end, some groups discovered that they were missing one or two of the states and so, with dedication, they went back and looked again, determined to find all 14! After break, each group was given a different Native American tribe to find three facts about. They were then set the challenge to record the three that they thought were the most interesting out of all of the ones they had read. Some of them were certainly very interesting!!